Are You Using This Popular But Cancer- Causing Shampoo? 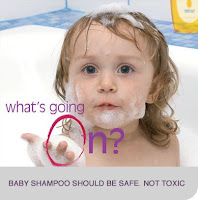 For the past two years, health and environmental groups have been urging Johnson & Johnson to remove two potentially cancer-causing chemicals from its baby shampoo.
One of these ingredients is quaternium-15, which releases formaldehyde; a skin, eye, and respiratory irritant, and a known carcinogen (formaldehyde exposure has been associated with leukemia specifically).
According to SafeCosmetics.org:

“The North American Contact Dermatitis Group considers quaternium-15 to be among the most clinically significant contact allergens in children.”

The other, 1,4-dioxane, is a “likely carcinogen,” and is present in Johnson & Johnson’s:
According to the CDC, 1,4 dioxane is “probably carcinogenic to humans,” and is toxic to your brain, central nervous system, kidneys and liver.

Why is Johnson & Johnson Dragging Their Feet on Removal of Toxic Ingredients for U.S. Lots?

“We have been phasing out the use of preservatives that release tiny amounts of formaldehyde to guard against bacterial contamination. These preservative technologies, which are used widely in our industry are all safe and approved in the countries where they are sold…  Over the past couple of years, we already have reduced the number of formulations globally with these “formaldehyde releaser” preservatives by 33% and in the U.S. by over 60%.
We are completing this reformulation as quickly as we can safely and responsibly do so.
As part of the manufacturing process, we have extensive monitoring to ensure that the amount of a trace byproduct known as “1,4 dioxane” in any of our products is well below the level that the U.S. Food and Drug Administration and regulatory agencies around the world consider safe.
… We have introduced new product formulations for consumers who prefer natural products, such as JOHNSON’S®NATURAL®, a line that is 98% natural, and contains no formaldehyde releasing preservatives or traces of 1,4 dioxane.”

However, reasonable as this may sound, there are two rather obvious “problems” with their reply:
The countries already receiving quaternium-15-free Johnson & Johnson products include:

As stated by Jezebel:

“And it’s not like the company removed an essential ingredient to meet environmental restrictions in these countries. While some have banned the use of quaternium-15, it’s unclear why some of these countries are being treated to the carcinogen-free shampoo.”

WHAT TO LOOK FOR TO AVOID FORMALDEHYDE AND 1,4-DIOXANE

If you want to avoid formaldehyde-releasing ingredients and 1,4-dioxane, you need to know what to look for as they’re NOT listed on the label; at least not in those words.Common ingredients likely to contaminate products with formaldehyde include:

To avoid 1,4-dioxane, watch out for these ingredients, which create 1,4-dioxane as a    byproduct:

OTHER HAZARDOUS INGREDIENTS TO WATCH OUT FOR

It’s unfortunate, but personal care products, including those specifically designed for babies, can contain a number of hazardous ingredients. Other common culprits to avoid include:

Four years ago, the Environmental Working Group (EWG) surveyed 3,300 parents and compared the baby products they used to lists of chemicals known to cause allergies, hormone disruption, damage to the nervous system, and cancer. Their review revealedthat children are exposed to about 27 chemical ingredients on a daily basis that have never been assessed for safety. Not by the industry, nor by the government.
Examples of hazardous ingredients and baby products from that review include:
Interestingly, 89 percent of products labeled “Recommended by doctor” were found to be some of the worst offenders, containing some of the most dangerous chemicals!
The 2007 EWG study also determined that:

There is reason to be concerned about the numerous toxic chemicals you expose your children to on a daily basis, as each and every exposure adds to your child’s total, long-term toxic load. For more information, I highly recommend reading Dr. Doris Rapp’s book, Our Toxic World: A Wake Up Call. Dr. Rapp does a thorough job of uncovering the many ways you’re exposed to toxic chemicals, and how they take a toll on your health, contributing to the many chronic diseases you see today.

Buy from a company that prides themselves on making Pure, Safe and Beneficial Products. Go here to sign up and purchase something Healthy              http://nicholebeall.myarbonne.com 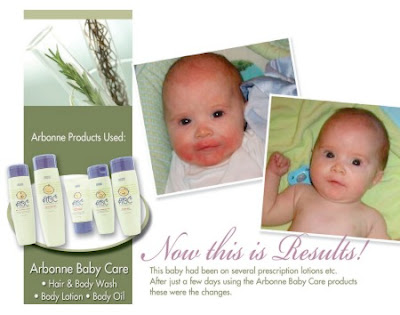